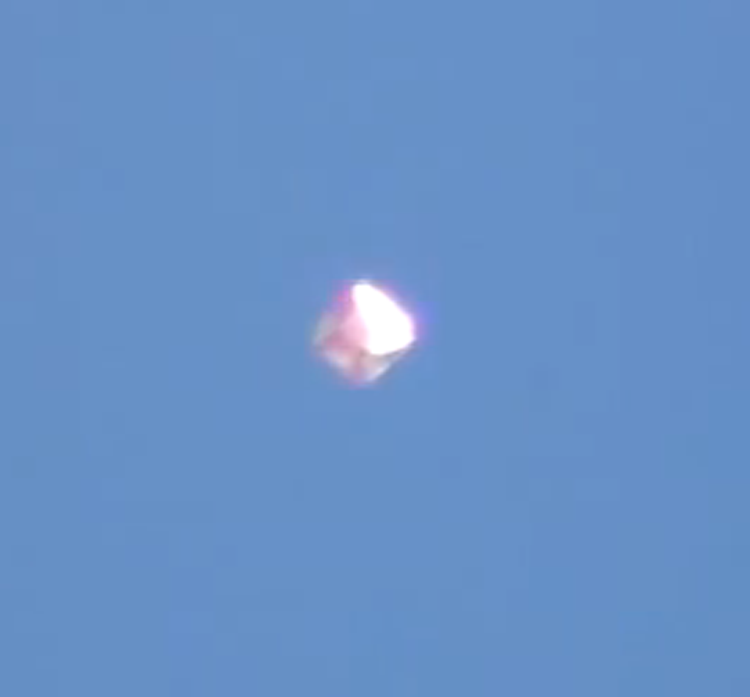 A diamond UFO was caught in Mexico last week and it looks a lot like a past sighting, except this is not spinning. Back in Oct 28, 1979 a similar UFO appeared but it had a friend with it. It appeared over a football game while being broadcasted live on TV. Some announcer noticed it and told the camera man to zoom in on it and he did…this is what it looks like. Click here to see the 1979 UFOs over the Dallas Cowboys game.