Search
Home
Latest update
Date of discovery: March 31, 2014
Location of discovery: Mars
NASA photo: http://mars.jpl.nasa.gov/msl-raw-images/msss/00551/mcam/0551MR2233051000E1_DXXX.jpg
As the rover was taking photos, it indadvertedly recorded ancient aliens sea life. I’m sure NASA would have covered it up had they seen it, but this does confirm there there was water on Mars. For some reason, NASA is saving this information for when they need it…maybe a push to save NASA or a push for larger budgets.
Several things we know to be true about this photo. 1st this is a fossil. 2nd this was taken by the Mars rover. 3rd the photo was put on the JPL site by NASA. What this means is NASA cannot dispute this claim nor will they ever try. NASA will not turn the rover around to reexamine this fossil, nor do they care…since they already have an abundance of Top Secret images that expose alien life on Mars.
I have posted a similar sea shell that I found back in March 2012. 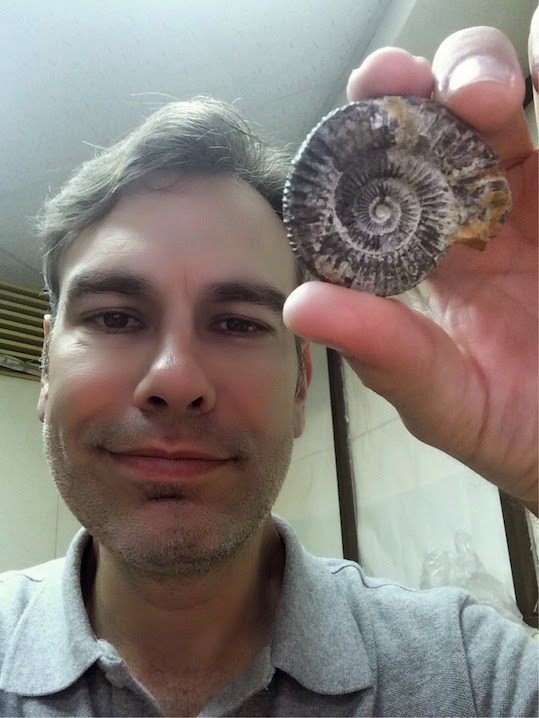 I have a similar ammonite fossil on my desk right now as I type this. Its an ancient water animal, a kind of Mollusc. On Earth most these style of molluscs are 200-400 million years old, but on Mars…who knows? 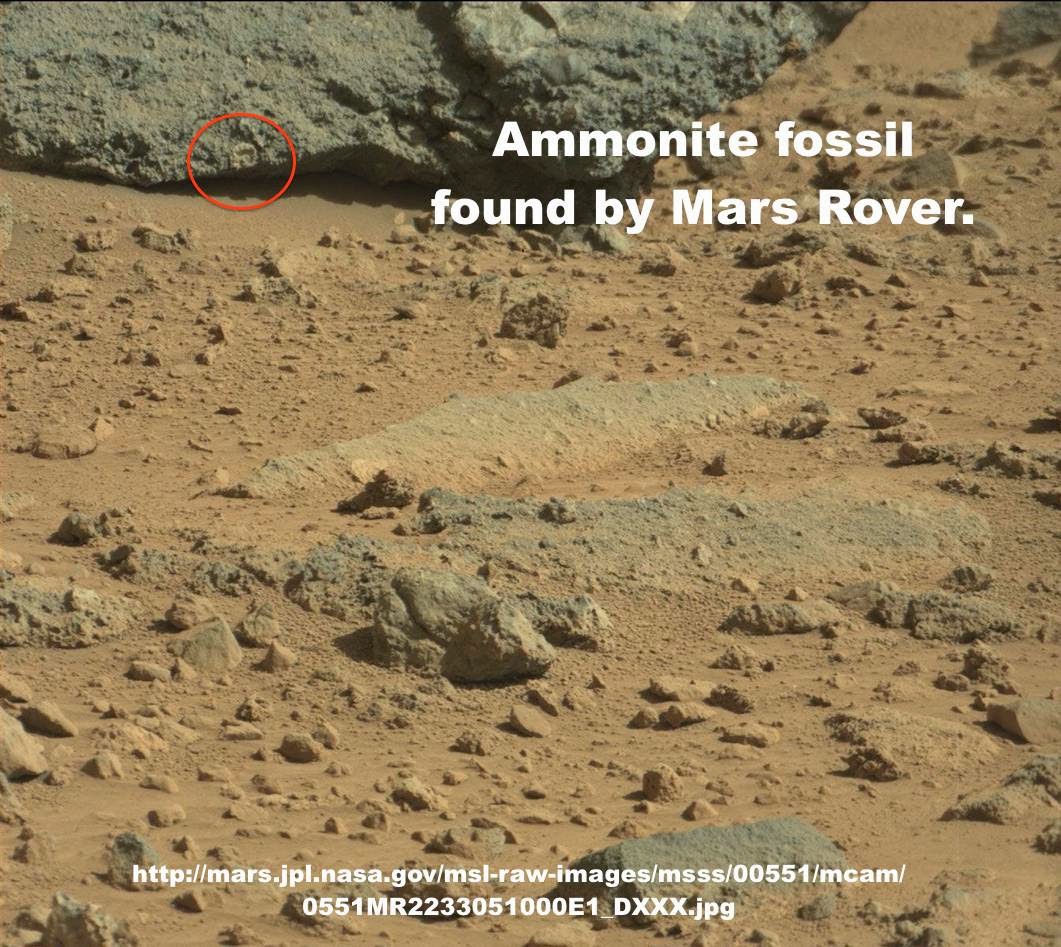