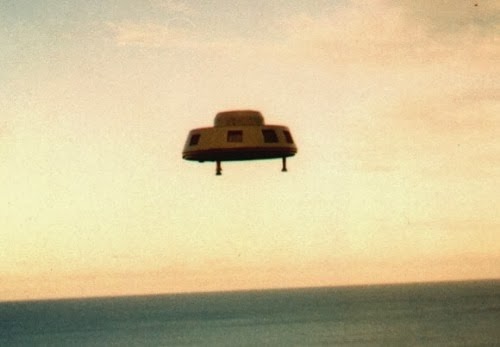 Source: Claus Svahn, UFO Sweden
[go to original source]
The 1993 Maslin Beach photo caseWhen Eric Thomason in Maslin Beach, Australia, looked out across the ocean, he saw – to his great surprise – how an object rose from the waves and started flying towards him. UFO history, a throwback for UFO sightings. When the object came nearer, Eric took out his camera and started taking photographs.
– “I could feel water dripping from the craft”, he tells UFO-Aktuellt. 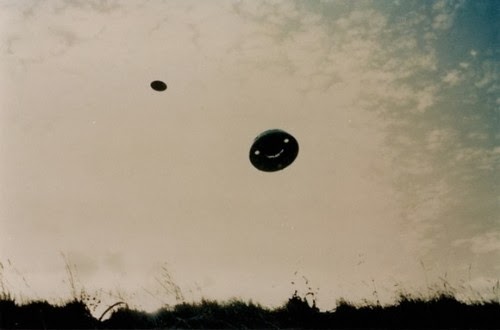 By Clas Svahn
Translation by Stefan IsakssonThe photographs are quite sensational, and there are really just two alternatives: either Eric Thomason’s photographs are the most astounding so far, or it’s just a simple hoax.

Eric Thomason, 69, is a senior citizen living in Maslin Beach in southern Australia. Not far from his house is an old abandoned mine, Maslin Old Quarry, where he sometimes takes his dog for a walk.

In March 1993, Eric decided to try to document the old mine using his son’s camera, a Kodak S50 with a Fuji 100 ASA-film. Despite having never owned a camera of his own and having virtually no experiencing photographing, Eric set off in order to try to capture the beautiful colors of the open-cast mine from as many angles as possible. And, s photo contest in the magazine “Southern Times-Messenger” about the best image of a sunrise over land also helped him in his decision. He thought he would be able to capture the sunrise on film from Ochre Point, a cliff 60 meters high from where hang-gliders used to take off – but the sun was hidden behind a dense layer of clouds.

The Sun was Hidden

Wednesday, March 10, didn’t appear to be much better. It was a cool morning, only 14 degrees Celsius, and a stubborn wind came from the west. From the top of the grassy cliff, Eric was forced to accept that there wasn’t going to be a sunrise that morning either. A persistent layer of clouds blocked out the sun, and the time was 06:00 AM when Eric instead turned to face the ocean to the west.

Before the legs were pulled in, Eric managed to take his first photograph of the object, and he estimates the distance to the object at the time being about 400 meters. It then dawned on him how exposed his position was. Standing on top of the Ochre Point with the sun right behind him made him an easy target to spot for a possible crew.

– “I had heard of people being abducted by UFOs, so I climbed down a slope nearby. From there I could see how the light-grey object came flying somewhat south of me, and came to a halt over the mine. At that very moment I spotted yet another object, north of the first one. That’s when I snapped my second picture, but since the light from the sunrise was straight into my view-finder I moved a little to the left.” 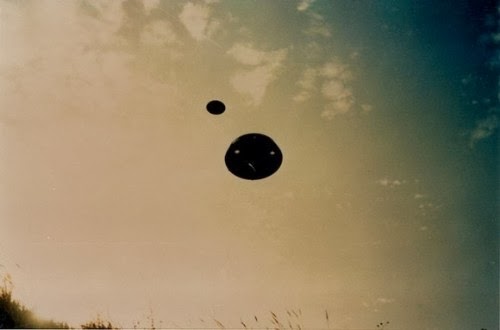 While taking photographs from his hideout five meters below the top of the cliff, the new object moved towards the larger one, came to a halt, and then continued upwards, into a deepening in the larger object.- “I could see three lights on the exterior of the larger object and how it shone around the opening. Shortly after I’d taken the fourth and last photograph the larger object rose straight up and disappeared over me. When that happened, I could feel water dripping from the craft down on me.”

In a report form to the Australian UFO-group Australian Flying Saucer Research Society, Eric estimates the size of the object to be 40 meters, and the distance (when he first saw it rise from the ocean) to be 2 kilometres. While talking to him on the phone, Eric tells me how it never got closer to him than 400 metres.

When the incident was over, Eric returned home. However, despite his amazing encounter he decided to remain quiet about it, even to his wife. He first wanted to have the film developed in order to find out if there indeed were any photographs of it. But he was not in a hurry. Before he handed in the film for development he made sure to use up the entire film. And not until May, 1994, when he had watched a UFO show on TV, did he bring forward the photographs.

– “At first he didn’t tell me anything since I wasn’t feeling well at the time, and later he believed that the photographs weren’t going to show anything”, Mrs. Thomason says when UFO-Sweden talks to her. “But after he had had the film developed he showed them to me. I’m certain it’s a spaceship. Eric is not the lying type, and I believe him.” 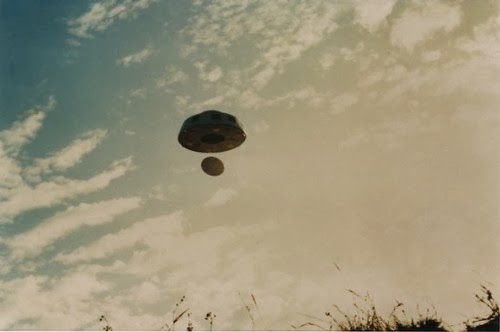 Quick StrollStill, there are several details in his story that are worth pondering. Eric Thomason set his alarm clock to 05:45 in order to catch the sunrise, which took place around 06:00. During these 15 minutes, Mr. Thomason had time to get out of bed, put on several layers of warm clothing, bring his camera, fetch the dog at the back of the house, walk to Ochre Point (which according to Mrs. Thomason takes 5 minutes), climb the 60 meters tall cliff, wait for the failed sunrise, and then walk on to another site close by in order to look out over the ocean. At 06:00 sharp he took his first photograph of the object. The bright blue sky on the first photograph suggests the images were taken later in the day.

In a letter, Eric describes what happened when the photographs were returned from the photo lab: “When the film had been developed I noticed yet another object on the first photograph, which I hadn’t seen during the incident itself. A black dot in the distance, halfway between the object and the edge of the photograph, which might have been an airplane several kilometres away, or the smaller object on its way to intercept with the larger one.” 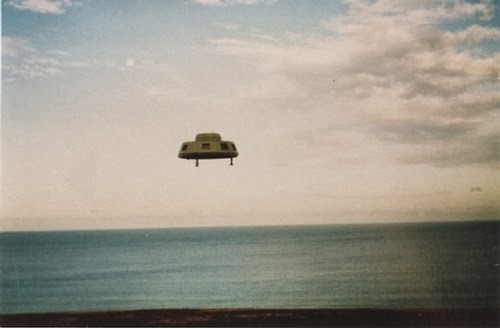 The camera Eric used was a cheap Kodak S50, purchased in a department store for 40 USD. The S50 uses normal 35 mm film, and has never been available on the Swedish market. Its focus is set, and cannot be changed. There are, on the whole, no buttons to push except the shutter release. Cameras of this type are always set on infinitude, and have a large depth of field. And here’s where an uncertainty becomes apparent. If you look at the first photograph the object, which supposedly is 400 metres away, is in focus while the horizon is fuzzy. As a matter of fact, both the object and the horizon should be in focus.
That aside, the images agree with Eric’s story, and during our entire conversation he answers all my questions correct, even when I try to trap him. 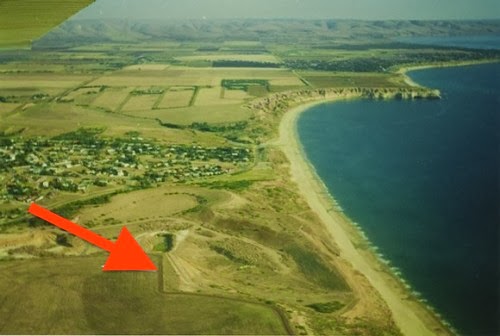 Mr. Thomason’s photographs have caused a lot of attention worldwide, and have even ended up in an American UFO almanac.
– “There have been so many people calling, that I’m now starting to get sick of it”, Eric says while mentioning how he is very critical to other UFO photographs. “But I’ve begun looking for them in the evenings while out walking the dog. I know there are UFOs from different planets in the universe. But so far I’ve only seen meteorites.”Finally I ask Erik Thomason the most important question of them all: Are the photographs really genuine? Do they really depict the object you said emerged from the ocean?
– “Yes, absolutely, he says briefly and adds, OK?”
Tweet
Pin It