Mystery objects have been seen high in the sky above Gloucester to put UFO spotters in the area on high alert.

Hucclecote mum Sarah-Jane Stanley was out walking in Churchdown on Sunday evening when she caught sight of a mysterious object plummeting towards earth. 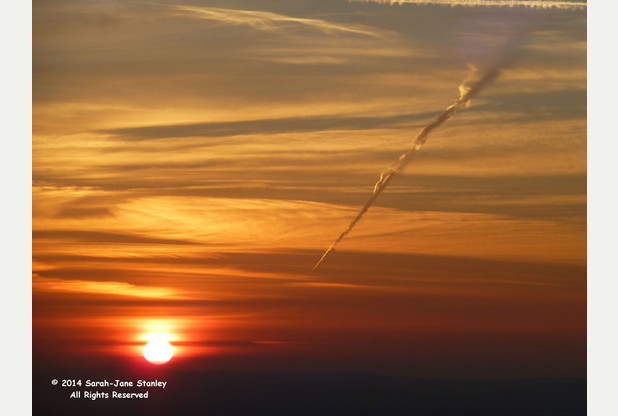 She said: “I didn’t think anything of it and took the photo as a general sunset picture. Then my 11-year-old daughter and I realised it was moving.

“I looked through my camera lens on full zoom and it appeared to have something at the tip of it and it was clearly visible on a downward descent. The object is spinning and glowing.

“I took around 15 clear photos in all, with some exactly a minute apart, and you can see how fast it is travelling by the distance it falls on each picture.

“On one of the pictures, there appear to be two tails coming from whatever it is. Crazy although it sounds, it seems to be shaped like a claw and there is something glowing on it.

“I sent the larger photos to the Met Office as I wondered if it was something weather related. They came back to me and said their forecasters say it is not a weather phenomenon and looks like something entering the Earth’s atmosphere.

“They suggested I contact the Royal Observatory in Greenwich, which I have and am waiting to hear back from.”

The same object was spotted by Andrew Hill who took the photo from Haresfield Beacon on Sunday evening.

Did you see the mysterious object falling from the sky?