An unexplained triangular-shaped UFO is baffling aviation experts. The mysterious craft was seen with two others above Texas by plane spotter Steve Douglass, who quickly took this picture. Aviation experts believe the photograph to be genuine and rumours are spreading it could in fact be a secret military jet. In the seconds before picking up his camera, Steve claims to have listened in to a conversation between pilots on his radio, adding fuel to the classified aircraft claims. (More at source). 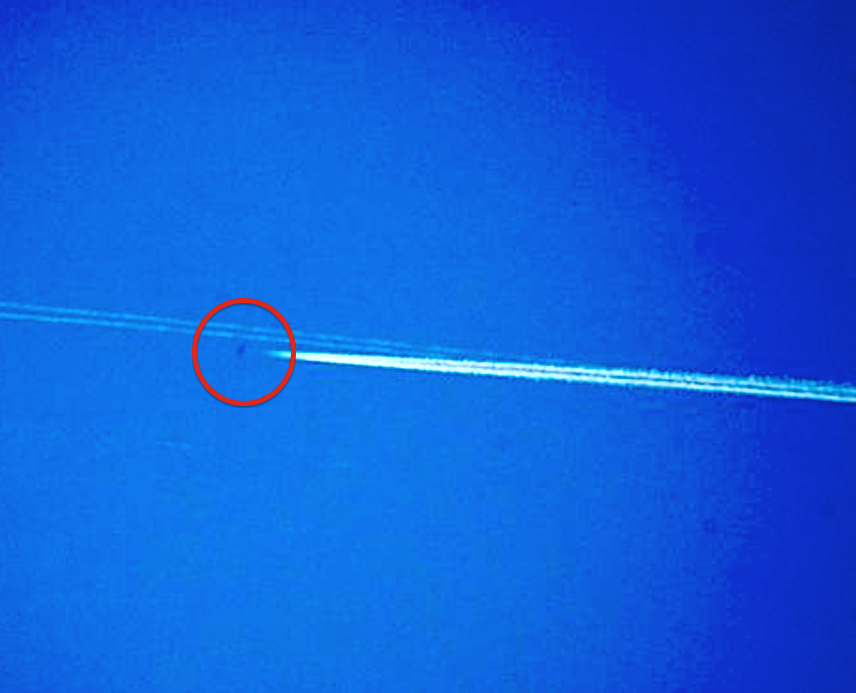