NASA says the straight edges may be the result of fractures, related to fractures or a hill that was lifted up by the faulting and its current shape was the result of the surrounding terrain having been eroded down over billions of years.

Interestingly, despite extensive erosion over the structure, the formation exhibits remarkable symmetry.

The same formation as on Mars, has also been found in Kofun in Japan. The Kofun era lasted from AD250 -538. 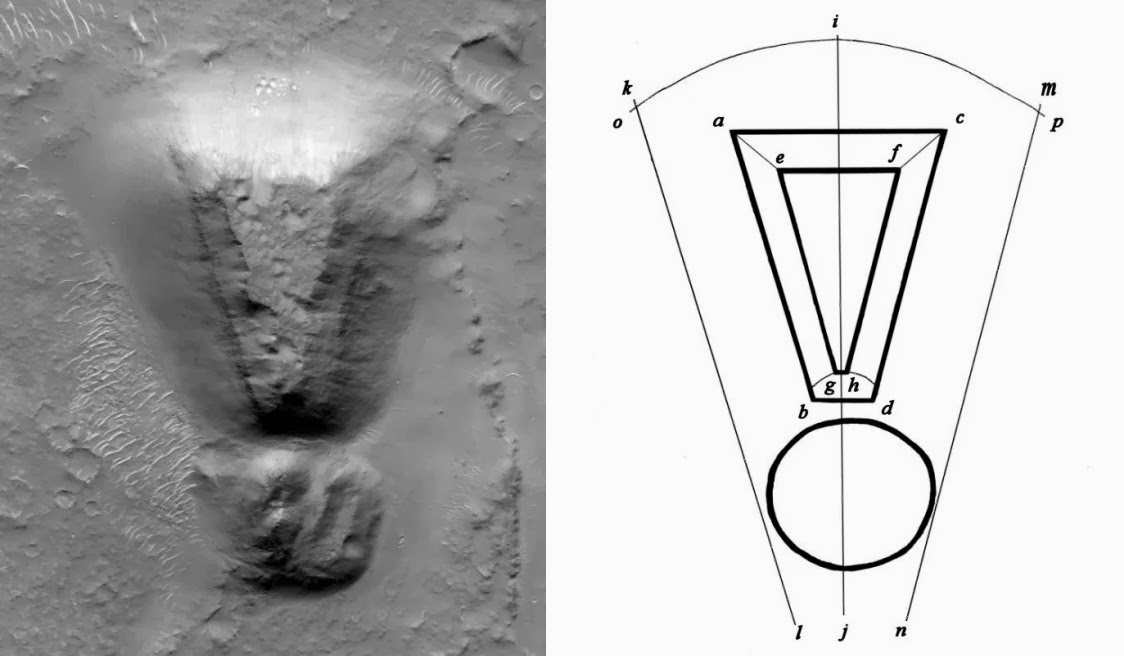 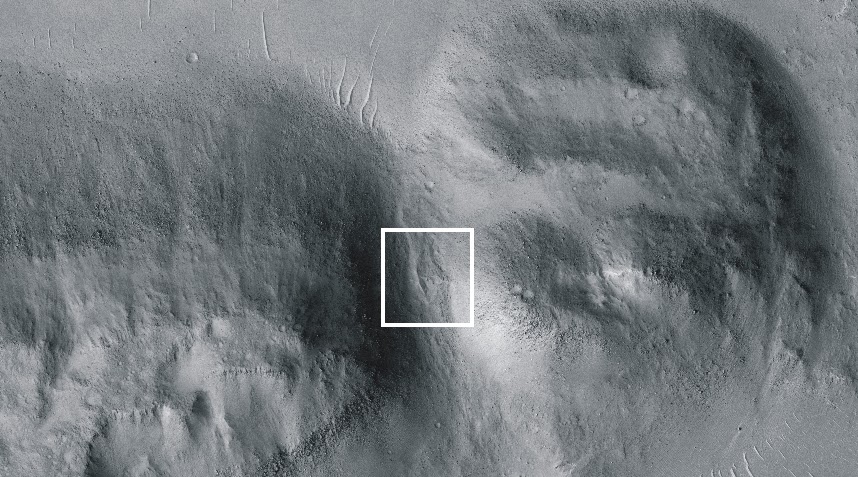 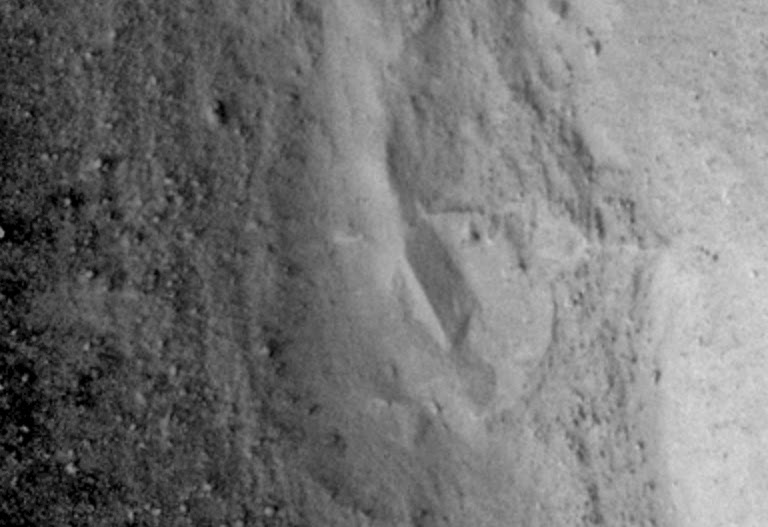 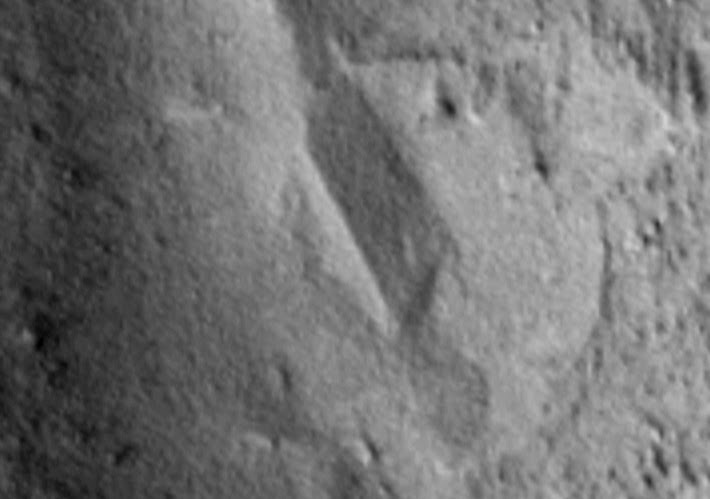 The block is in a shallow crater. Whatever blasted the crater into existence somehow excavated the block, but did no damage to it. 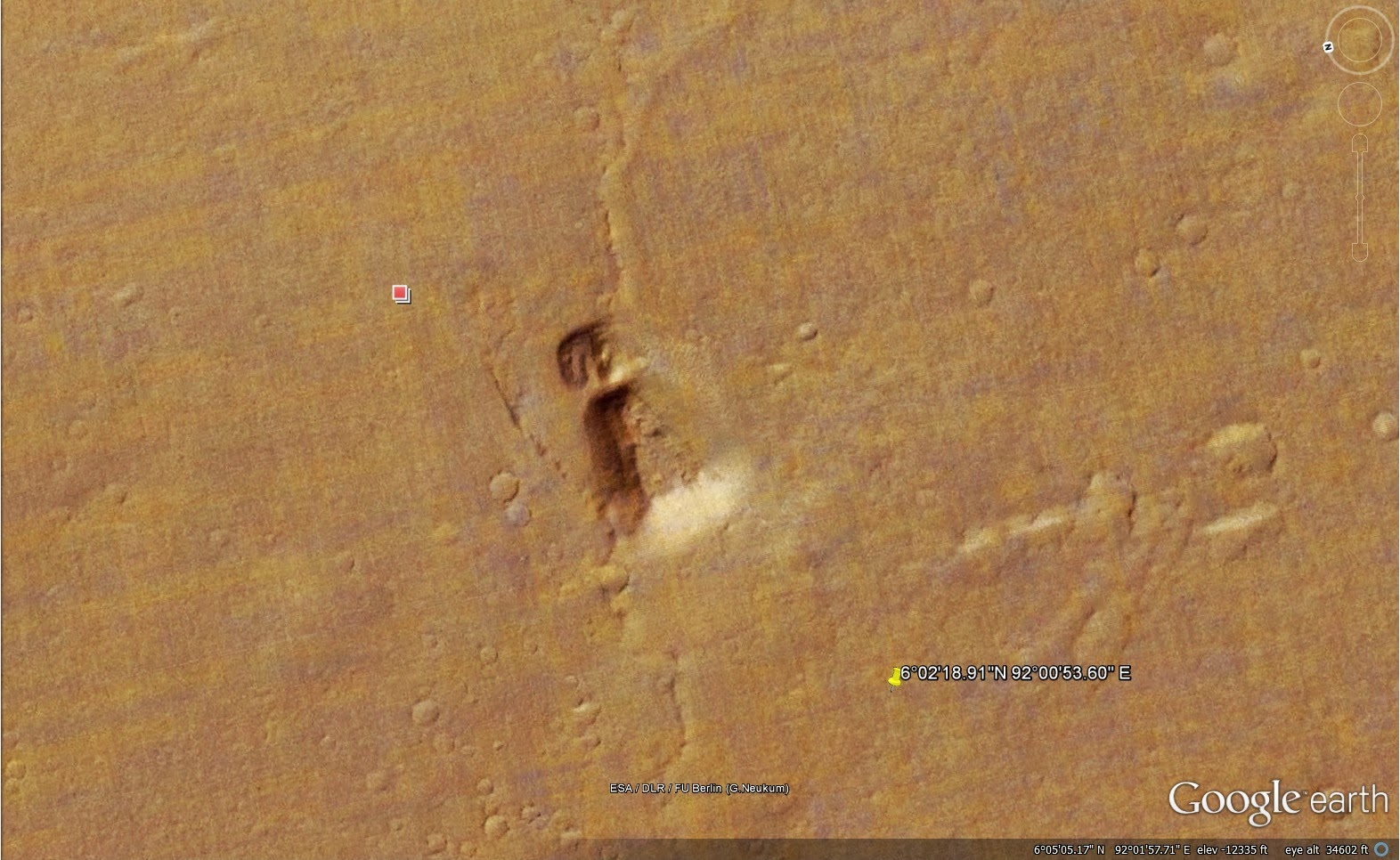